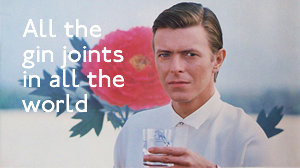 We recently updated our first ‘Music For Films’ about Stockwell, where David Bowie spent the first years of his life, and ‘The Man Who Fell To Earth’. So many things had changed since the first version that it made sense to record a walk from Stockwell Tube station to his childhood home. Sometimes on these acoustic walks, once its edited together with music, I notice all kinds of overlaps and resonances which didn’t occur to us while we were strolling through London’s noisy streets. 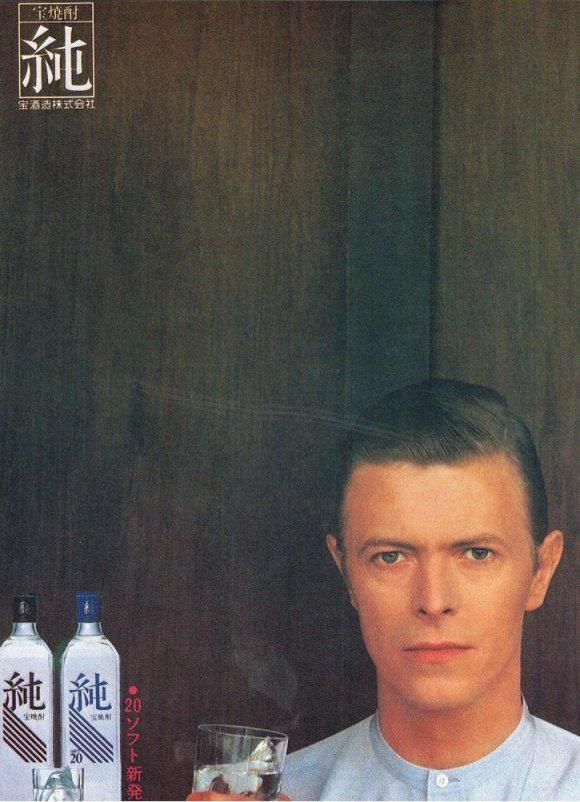 At 31:40 on the show we play a medley which includes the tracks originally recorded for the soundtrack, but which Roeg passed on, but which found their way onto ‘Low’. This is as we walk past the ‘lost’ Jazz pub on Stockwell Road which has been known in the past as the ‘The Plough’ or ‘The Plug’ (the building is identifiable as it has ‘Truman’s’ emblazoned on its stonework) as we listen to Bowie’s ‘Crystal Japan‘, which appeared on a series of Takara Shochu Jun adverts which were shot at a temple in Kyoto in 1980.


Yoshiro Hosomi, deputy chief of the company’s advertising department at the time, had lived in Kyoto for 25 years but was unaware of the temple’s existence. The location was Bowie’s choice. He had a keen appreciation of Japan and Asian culture, and was apparently moved to tears as they filmed in the white sand dry landscape garden, which encompasses the wabi sabi (simplicity and tranquility) philosophy of Zen Buddhism, with Mount Hiei in the background. The track, and Bowie’s enigmatic gesture holding up the glass of gin, is the kind of celebrity endorsement sent up by Bill Murray’s fading film actor in ‘Lost In Translation’. For Takara Shochu Jun, it did the trick though, turning a cheap hooch for middle-aged salary men into a desirable product with an appeal to younger Japanese consumers. Sales went up elevenfold after Bowie’s marketing campaign.

By curious coincidence, Bowie’s Stockwell was the home to the first museum in England, the Musaeum Tradescantianum which included a botanical garden. The first accounts of the collection date from 1630. Around the same time, 1666, Truman’s brewery and The Plough opened. Did Bowie, traveling between the USA and Asia, picking up a copy of Time Out somewhere and flicking through the listings of music in London, ever look at the Jazz gigs at the pub a few streets from where he was born? Phil Seamen, the drummer who taught Ginger Baker among others and was a staple of r&b combos including Alexis Korner’s band, was a regular at The Plough well into the 1970s. The late Rolling Stones drummer Charlie Watts would make a point of going to the pub in Stockwell to see him. Or, like Yoshiro Hosomi, did it pass Bowie by?

This Rorschach blot of overlapping music and the location, an unremarkable boarded-up pub, reminded me that culture all comes from the same sources, from Nature and the agricultural processes that are used to brew alcohol or prepare food a particular way, or processing materials into buildings and objects. In the case of the Shoden-ji Temple, which dates from the 13th Century, it makes a virtue of how this process can be simple. Tradescant’s museum went the other way, reveling in the complexity of Nature and the man-made.

In both cases they’re attractions. The mysterious part of culture is what we then do with the symbolism of these places we’re attracted to, and the memories we form of people coming together, to get drunk, enjoy music, Art and – in the case of Roeg’s film – cinema. The Plough is boarded up, music has gone online. Will that mean the next lot of Bowie’s from South London will have more or less to feed their imagination? Bowie told Alan Yentob in the BBC’s ‘Cracked Actor’ documentary as they drove through America in a stretch limo “the imagination can dry up in, wherever you’re living in England, often. I mean, if there’s nothing to keep it going.”

All the gin joints in all the world

Previous: Music for Films – Stockwell – The Man Who Fell to Earth 2022