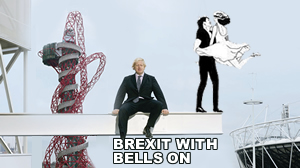 Dirty dancing and dodgy property deals in the East End point to a future for England now that dark money’s in charge. Tim Concannon reports.

In private conversations, on social media and in comment by mainstream journalists, you will have heard the same question asked in various different ways.

How did Britain go from the giddy multicultural optimism of the 2012 Olympic opening ceremony, to the low-tar fascism of Brexit and almost 120 000 deaths in the Covid-19 pandemic in 2021? 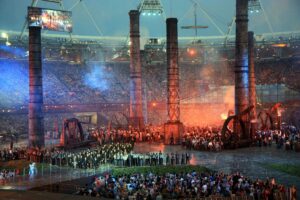 It took less than a decade. The reputation of the sixth-largest economy on Earth has sunk from the high of the epic four hour production, overseen by film director Danny Boyle and staged at the Olympic park constructed in Hackney’s marshes in East London, to the low of a former Prime Minister warning of Britain becoming a “failed state”.

Trump and Brexit can be seen as two projects in an overall cultural reformation effort by Steve Bannon and his fellow travellers. Their aim was, and is, to shatter the conventional politics of rich countries then remake them from the broken pieces. With Trump’s departure from office, America seems to be putting itself back together mostly as it was in 2014. Simultaneously, the real cost of Brexit is now becoming clearer, as is the mismanagement of the early stages of the pandemic (no effective test & trace, no furlough payments for people on low incomes who can’t afford to self-isolate, not closing borders…)

Over the last decade in Britain an inland ocean has formed of cronyism and dark money, now so vast that the daily revelations of malfeasance – which on their own would have toppled governments twenty five years ago – have become a reassuringly predictable tide of corruption, lapping at the interior shores of a nation being hollowed out slowly by an inexorable decline.

Britain in 2012 already had a cultural reservoir of money laundering, dodgy dealing, daft priorities and bent planning decisions. Much of this flowed from the choice of David Cameron’s Coalition government to ignore advice to jail the bad bankers who’d mismanaged banks and then been bailed-out with tax-payer’s money. Without being widely detected, by yearly increments the corrupt revenue now surging through the UK’s political system has swelled these pre-existent dark waters of dodginess. 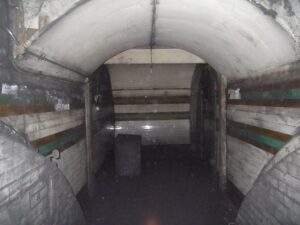 By 2014, when Ukrainian billionaire Dmytro Firtash purchased the disused Brompton Road tube station for £53 million from the Ministry of Defence, it was just business as usual. (An associate of Rudy Giuliani, Donald Trump, Paul Manafort, senior Tories and others involved in Brexit… who’s also linked to Russian organised crime, Gazprom and – ultimately – to Vladimir Putin… with his own warren of tunnels under South Kensington. What could, possibly, go wrong?)

Have you got a ‘hi-tech’ idea that will probably fail and also breach Freedom of Information laws and people’s basic rights to privacy? (And are you friends with Dominic Cummings?) No problem. In 2021, the UK government has an £800 million fund to bankroll your research. In a spot of bother with Scots and the Irish over Brexit? How about announcing a subaqueous tunnel, the route of which is likely to intersect a chemical weapons dump full of sarin and mustard gas in a 1,000ft deep trench in the Irish Sea? Granted, it will never be built. But that’s not the point.

Like virus hunters looking for Covid-19 in sewers, an historic examination of the Garden Bridge and similar scandals provides a pathology of early warnings that Britain was on the brink of an epidemic of political and financial corruption. Even were Boris Johnson’s government to fall in the aftermath of Covid-19 in as ignominious a fashion as his American counterpart, Bannon’s protégé Donald Trump, it would leave behind an endemic variant strain of misconduct in public life; a culture of corruption where public funds are being squandered on an unprecedented scale, where decision-making bodies dance enthusiastically to the secret disco in the heads of oligarchs and Tory donors, and yet no one faces the slightest penalty.

Forensic investigations into this culture of hypercorruption predating Brexit could well be termed studies of the Grenfell strain, or possibly of the ‘Hampstead variant’ after the number of empty billionaire’s properties in and around London and the South East of England. The highest concentration is in Bishop’s Avenue, “Billionaire’s Row” in Hampstead, north London. Critics have identified abandoned London mansions as indicative of an overall rot since at least the time of the 2008 anarchist art-squat occupations of properties in Mayfair and Fitzrovia. These evolved into the Occupy protests outside St Paul’s Cathedral two years after that.

However, a better name for this historic variant of hypercorruption may be the Hackney strain. This would be after the Olympic park development and other property development boondoggles, construction which continue to proliferate around East London unabated while the majority of the area’s population remains indoors in lockdown, mostly unaware or unable to object.

Concentrations of immigrant communities and people on low incomes seem less able to self-isolate and withstand exposure to the Coronavirus, according to new studies. Civil society in working class parts of East London with a similar profile also seems less able to interrogate local planning decisions, at least compared with rich celebrities saving a pub somewhere like Notting Hill in west London. This inherent lack of resilience to grifting is a gift to property developers with questionable investment schemes. (And is hardly a new phenomenon, either. ‘Regeneration’ of London’s Docklands by gangsters is the basis for the Bob Hoskins and Helen Mirren starrer ‘The Long Good Friday’ made in 1980.) 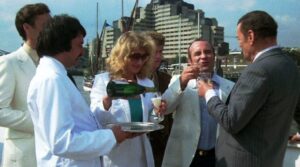 This should be taken as a kind of psychogeographical warning of the outbreaks of hypercorruption to come. As Britain’s economy faces up to an inevitable post-Covid recession, public money is being frittered away through planning inquiries into dubious regeneration, which always seem to go ahead anyway. Equally as important, biodiversity in the outer-lying green spaces of London is potentially endangered by unchecked development plans. Biodiversity is, in turn, key to future biosafety.

This is a sorry tale of two cities. In one city, well-off Londoners club together to save old cinemas and pubs by turning them into Community Interest Companies. In the other city, Londoners lose green commons, public spaces, industrial heritage and skills in efforts to “rescue” empty shops and “abandoned” spaces. In an ensuing investment bubble, these spaces and buildings are then invariably turned into posh “pop-up” second hand shops selling records and vintage denim, container retail villages, or into hotels, bars, gyms, private members clubs and – crucially and whenever possible – into expensive flats.

The story can be told through two highly-contested current development schemes. One is Secret Cinema’s vision for a superspreader/visitor event in Lea Marshes this summer. Another is the plan to turn Whitechapel Bell Foundry – which was the oldest factory in the country in 2012, and where the Olympic Bell was commissioned (though not, actually, made) – into a boutique tourist hotel in a run-down part of Tower Hamlets.

The affected communities in both cases don’t have the same financial and legal resources which the property developers have, and more importantly they don’t have the political connections. Yet, like Grenfell’s survivors and the victim’s families, they’re fighting back and – at least for the time being – appear to be winning.

Brexit with bells on