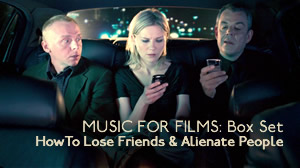 The film is discussed in light of both Toby Young’s appointment to – and resignation before taking up his post at – the Office for Students, and the crisis of male power in the entertainment industry and in culture generally following the Harvey Weinstein and Kevin Spacey scandals. We are who we pretend to be so we must be careful who we pretend to be…

Toby Young in his own words on being banned from the set of a film based on his life:

At the time, Kirsten was going out with Johnny Borrell, the lead singer of Razorlight, and towards the end of the evening I found myself talking to the band’s drummer. We were in mid-conversation when a man I can only describe as Razorlight’s ‘entourage wrangler’ approached and gave us the secret number to call in order to be admitted to the pub in Camden where Johnny, Kirsten and co were heading for an all-night drinking session.

‘See you later,’ I said to Stephen Woolley. ‘I’m off to get pissed with a bunch of celebrities.’

‘What do you mean? I’ve been waiting all my life for this. I’m finally going to be admitted to the inner sanctum.’

‘There’s no way I’m letting you loose in that environment. I haven’t concluded negotiations with Kirsten yet. One wrong word from you could torpedo the whole deal.’

‘Forget it. You’re coming home with me.’

Who knows, if I had been allowed to go to that pub in Camden Town I might have formed a lifelong bond with Kirsten. Instead of banning me from the set for talking out of turn, she would have insisted I remain by her side the entire time and, whenever she was in any doubt about a scene, turned to me and sought my advice.

Then again, given my track record, Stephen probably made the right decision.

The final scene of ‘How To Lose Friends And Alienate People’ is filmed in Brooklyn Bridge Park, Furman Street, Brooklyn. 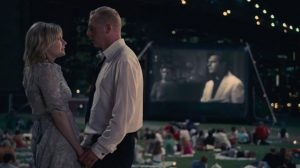 In ‘Saturday Night Fever’ Tony and Stephanie sit on a bench in John Paul Jones Park, 101 Street Shore Parkway, Brooklyn, facing Staten Island and overlooking the Verrazano-Narrows Bridge (of course), which foreshadows Bobby’s fall from the bridge at the end of the movie. The confusion stems from the previous shot to the one filmed in John Paul Jones Park being of the Brooklyn Bridge, Tony having driven Stephanie’s stuff over it to her new apartment. The two Brooklyn parks overlooking bridges are 8 miles apart. 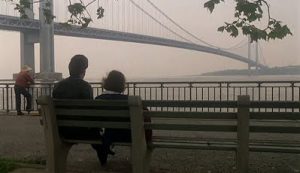 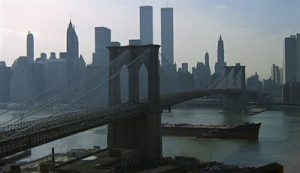 Tim has blogged some more about this here.

Music for Films: Box Set – How to Lose Friends and Alienate People

Previous: Paradise squandered
Next: More Than a Woman