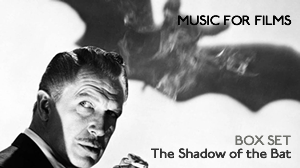 More about Tiny Parham and Milton DeLugg, here warming up the band for the Gong Show…

MGM staffer Tom Scott [Wilson] was assigned as my producer. He brought in one of the visually wildest groups imaginable as my backup band, the Mothers of Invention. What a sight! Neanderthal. They had incredibly long, scraggly hair, and clothes that appeared not to have been washed in this century if ever. These were musicians who became famous for tearing up furniture, their speakers, their microphones and even their expensive guitars onstage. They were maniacs!

Of all the people in the world to team with this wild and crazy bunch, I can’t believe I was the one. The image of the Boy Wonder is all American and apple pie, while the image of the Mothers of Invention was so revolutionary that they made the Hell’s Angels look like the Mormon Tabernacle Choir. Even I had to laugh seeing a photo of myself with those animals.

Their fearless leader and king of grubbiness was the late Frank Zappa. (The full name of the band was Frank Zappa and the Mothers of Invention.) After recording with me, Frank became an internationally recognized cult superstar, which was understandable; after working with me, the only place Frank could go was up.

Although he looked like the others, Frank had an intelligence and education that elevated him beyond brilliance to sheer genius. I spent a considerable amount of time talking with him, and his rough, abrupt exterior concealed an intellectual, creative and sensitive interior.

Music for Films: Box Set – The Shadow of the Bat

Previous: Music for Films: Rated “H” for Hitchcock, The Pleasure Garden & La Souriante Madame Beudet
Next: Brexit with bells on