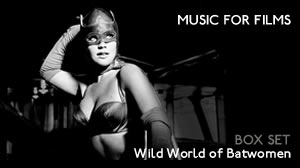 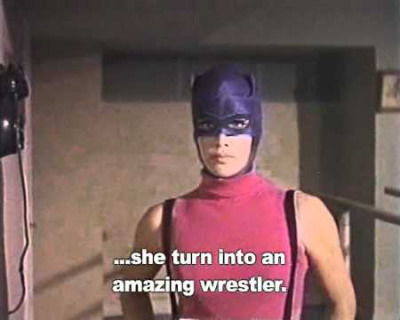 From part one… more on the missing Indian film about female master criminal ‘The Wildcat of Bombay’ (including rare stills from the song booklet) is here, and on more on Mary Evans aka ‘Fearless Nadia’ here. The whole documentary ‘Supermen of Malegaon’ is online here. The ‘Jimmy Olsen’ comics, written by Jack Kirby, in which Superman goes to a secret NASA Moon where a knock-off Dracula lives, are issues 142 & 143. 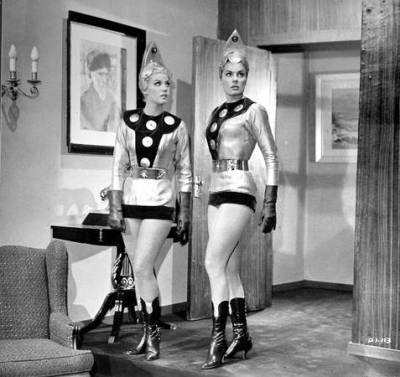 Music for Films: Box Set – The Wild World of Batwomen