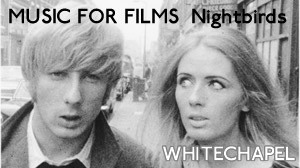 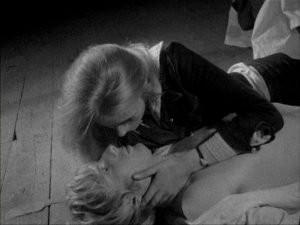 In November, Roz and Tim revisit the locations of 1970s ‘Nightbirds‘ 169 Commercial Street, Whitechapel, in East London.* Made by gay American underground playwright, costumiere, screenwriter, actor, film producer, editor and director Andy Milligan, the horror critic Stephen King described another of Milligan’s films as “the work of morons with cameras.”

‘Nightbirds’ depicts a vanished London of grubby lofts and peeling paint. Bringing a queer eye to a destructive straight liaison, Milligan’s film is a meditation on the abject, the wretched but – unusually for underground cinema of the period, dominated by the likes of Kenneth Anger – in the heterosexual rather than LGBT realm.

Unscreened at the time that it was completed, the only print of it was bought by Nicolas (‘The Neon Demon’) Winding Refn on eBay for $25,000, who worked with the BFI to restore it for DVD release. Critic and author Kim Newman discusses this and Milligan’s other exploitation films made in England with us, and BFI’s Vic Pratt and Will Fowler chat about BFI’s Flipside DVD title. (This show is a re-edit of a Scala Review show which we did in September 2016, as part of Scalarama, with more interview material).

In the extended podcast we listen again to Roz and Lexi Turner’s conversation from September’s Scalarama festival about Nicolas Winding Refn’s ‘The Neon Demon‘. Roz and Tim discuss 80s synth scores, followed by a medley of somber electronic tracks including John Carpenter, and the theme to ‘Stranger Things’ by Austin soundscapists Survive.

* In the show we got mixed up about the location of 169 Commercial Street, thinking it was 163. 169 (a few doors down) is even more interesting as the imaginary location of ‘Nightbirds’. Viewed from the air, it’s almost a fit for the rooftop scenes in the movie filmed in 1969. Across the road is 154 Commercial Street, now apartments, but before World War Two it was the Luxor cinema. 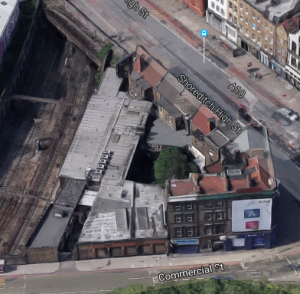 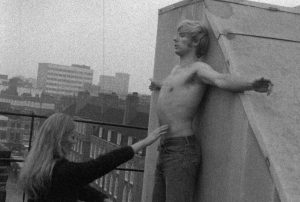 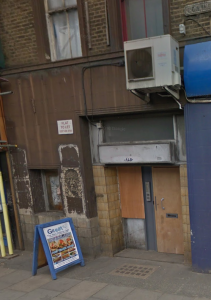 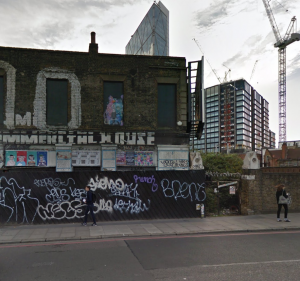