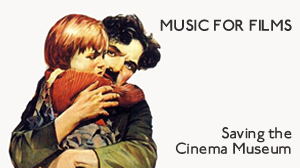 2 hour 10 min podcast version, not safe for work (some profanity).

Roz Kaveney and Tim Concannon revisit the Cinema Museum in Kennington and interview broadcaster Neil Brand about the need to save the building from developers.

They also revisit a 2012 stroll round a corner of Greenwich Village, New York and the magic space where revolutionaries in jazz, the rights of man, and the rights of the LGBT community worldwide, all cross paths.

More thoughts about the campaign to save the Cinema Museum are on our blog.

Big love to WBAI Radio in New York City and ‘Hour of the Wolf‘ in this show at about 12 minutes in, as Jim Freund talks about the Elgin Theatre, New York, birthplace of midnight movies.

“If SLaM sell on a ‘for financial profit’ only basis the trustees fear for the future of the workhouse that Chaplin lived in, our Museum, our collections and most importantly our wellbeing and education work”.

Keep signing and sharing the petition!

“To date we have not qualified for any COVID emergency funding. You have heard of the organisations that have ‘fallen through the net’? Well, that’s us guys.”

Please support the Museum’s crowdfunder if you can. The public saved the Cinema Museum from closure once. You shouldn’t be having to do it again in the Covid-19 crisis when Secret Cinema – which doesn’t have a cinema and isn’t a secret – got £977 000 of relief money from the Arts Council. The government should, because the Museum is an ireplacable part of England’s film heritage and an essential community resource for Lambeth, the Arts in London and the LGBTQ+ community in particular. Sadly, government probably won’t help this time so you will have to. Back the Museum with your cash or lose it forever. Those are your two choices.

Previous: Music for Films: Murder By Decree
Next: Paradise squandered