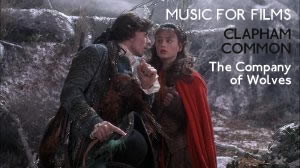 The music, films and music for films which have shaped people’s lives. It’s July so Roz and Tim loiter on Clapham Common, near to the home of Angela Carter, the late novelist, poet and screen-writer with director Neil Jordan of ‘The Company of Wolves‘. (Which is at Clapham Common on our Scala map of London underground films).

Our guest in the studio is Rosemary Hill, Augustus Pugin’s biographer and contributing editor to the London Review of Books, who’s edited a collection of Carter’s published verse from 1963-1971, ‘Unicorn‘. We talk to Rosemary about Angela, architecture, cinema, “gimcrack, the fantastic, the free play of the imagination” and the wild woods.

22 minutes. On one of their infrequent walks around the magical spaces of London’s underground cinema, Roz and Tim visit Angela Carter’s favourite cinema as a child, the Tooting Granada (now the Gala Bingo Hall).

In Angela Carter’s hand-written manuscript notes, kept in the British Library collection, she writes about the Tooting Granada cinema: 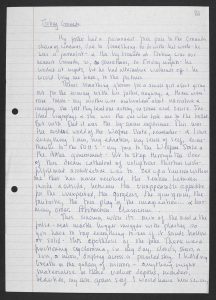 to step through the door of this dream cathedral of voluptuous thirties wish-fulfillment [sic] architecture was to set up a tension within me that has never resolved the tension between inside + outside, between the unappeasable appetite for the unexpected, the gorgeous, the gim-grack [sic], the fantastic, the free play of the imagination…

Music for Films: The Company of Wolves