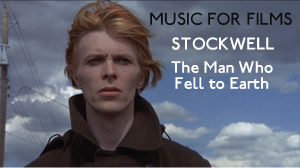 The music, films and music for films which have shaped people’s lives. To start the new series, Roz and Tim are joined by Andy Oppenheimer, Jane Moloney. and Gabriel Balfe: faces of South London’s collective act of remembrance of David Bowie.

2 and a half hour podcast version. Not safe for work.

[Contains Bowie swearing, once, near the start, the rest is work safe… As it went out pre-watershed, we put some Handel over the swear for broadcast but we reckon you’re made from tougher stuff than Ofcom]. 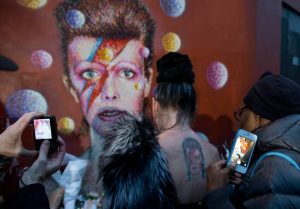 We visit Bowie’s childhood home off Stockwell Road (it’s at Stockwell on our Scala Map) and the Bowie memorial in Brixton. 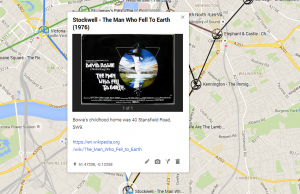 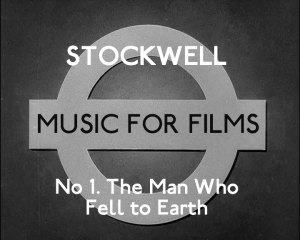 We discuss Nicholas Roeg’s film ‘The Man Who Fell to Earth‘ as a “thick text” containing all the aspects of Bowie’s life and career: from Bromley Mod to the Lazarus of Lafeyette Street, by way of Ziggy, the Thin White Duke and Thomas Newton.

“The question you’ve been wanting to ask ever since we met.”