To be a fan of ‘An American Werewolf in London’ is to know that a scene was filmed on the Underground; which is in a sense to be a fan of the Tube and of Tottenham Court Road station as well.

‘What is crouching and why does it end?’ is an exploration of the ‘cult’ of London.

It investigates, station to station, the links between David Bowie’s Fitzrovia and the Chelsea of the Rolling Stones, Dalek movies and ‘Blowup’, and the Ladbroke Grove of ‘Performance’, ‘Absolute Beginners’, ‘Alfie’, Hawkwind, and the film of Michael Moorcock’s Jerry Cornelius novel ‘The Final Programme’.

It’s a guide to London’s myriad boroughs and communities, its buildings, epic structures and their divergent histories, but mainly it shows how they’re all joined together through the world’s first subterranean transport system.

Over seven connected essays spanning pre-Roman London to the author’s eyewitness account of Brexit Day 2020 outside Parliament, the guide surveys more than 300 feature films and asks the question: will London ever be this cool again? 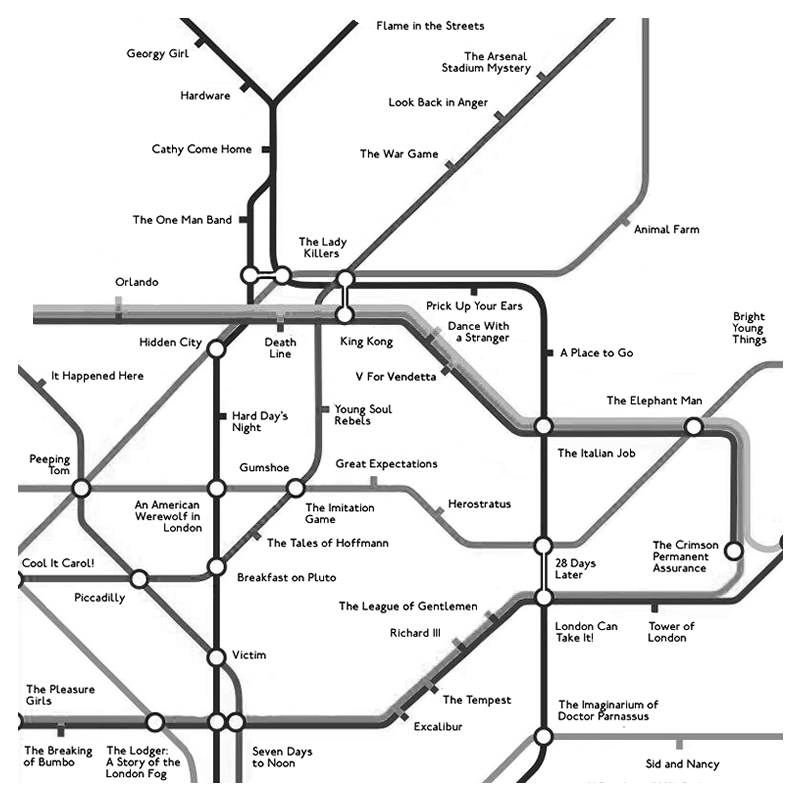 Author Tim Concannon and Roz Kaveney narrate a ‘trailer’ for ‘What is crouching and why does it end?’ (You can find a track listing of the music here).

The Beekeepers · A guide to the Scala map of London underground films
Pages: 1 2